Brighton’s indie rock 5-piece The RPMs are made up of: (left to right) Callum James (drums), Ollie Summers (lead guitar), Jack Valero (lead vocals, guitar), Miguel Cosme (bass guitar & backing vocals), and Chris Bowden (keyboards), and their mix of impressive songwriting and strong live performances (I’ve caught them more than once) has seen them capture the attention of new music gurus such as John Kennedy and Steve Lamacq.

They’ve just released a great video to their latest track, Your Ghost, and have numerous shows lined up, including a trip to SXSW in Texas. Before that though they face a Q&A, so read on to find out more about the band, their plans, lost drummers… and toasty pizza!

~ How did you all meet, and what’s the background to the band?
We all met when me and the drummer (Callum) moved to Brighton from Dorset for bigger and better things and met our bass player (Miguel) and guitarist (Ollie). Our keys player (Chris) was originally our tour manager until I saw a vid of him playing amazing piano on his phone when we were at Glasto last year. We asked him to join that day and he agreed immediately. He defo wasn’t expecting that from working with us!

~ You finished 2017 strongly with the release of Your Ghost, but what’s on the horizon for 2018?
Thanks so much, yeah we felt it went pretty well. We’ve got loads of new tracks showing off our new musical and songwriting approach, and some of our new gadgets! And we’ve been working on our live show loads to make it bigger, better, and more face melting than before!

~ You’re off to SXSW next month!! How cool an opportunity is that? Do you know much about the trip yet?
It’s very, very cool! Yeh we’re gonna be playing three shows one of which is the British Embassy stage!

~ Do you have any touring rules?
Yeh, do not leave our drummer Callum on his own, especially when his phone is broken. We once lost him for a whole day in London then suddenly got a message on fb from a random girl who worked at Scala asking for us to come get him. It was literally like losing a kid in a supermarket.

~ Aside from SXSW, you’re playing numerous UK festivals this year, but if YOU were invited to curate a festival stage, who would you invite to perform?

~ Are there any other new bands or musicians local to you in Brighton that you recommend we check out?
Would definitely recommend YONAKA, we saw them at a well known venue in Brighton called Green Door Store. Did a great show and met them after, really great bunch of people. Also Fickle Friends are brilliant, hung out with them backstage when we were both playing at Lee Fest. Also a great bunch of people.

~ Which famous song by another artist would you love to have written yourself?
Would probably have to be There She Goes by The LA’s. It’s just so simple and beautiful, never heard a song so perfect.

~ If you could borrow a (famous) musician from another band for a day who would it be?
Kevin Parker from Tame Impala so we can figure out how he makes all those bleeps and bloops!

~ Aside from music, do any of you have any other creative skills? (or obscure talents!)
Not really, but our drummer can do an uncanny impression of a dog.

~ What’s the most impressive thing any of you can cook?
Would have to be our signature dish Toasty Pizza. It’s basically just toast (obvs) with tomato sauce on top as well as anything else you can find. Doesn’t sound that impressive, but when you’re dealing with a fat hangover and little to no food left in the house it’s a revelation.

~ And finally, would any of the band dare reveal their musical Guilty Pleasures? (Don’t panic, no one will read this bit)
Haha, yeh right! Trying to wean it out of us by putting us in a false sense of security? Nice try 😀

I’ll take one for the team and reveal mine. It’s ABBA, hear me out before you judge! It’s because the level of production they achieved is timeless and incredible considering the technology they had at the time. They pretty much invented the huge pop track and people still try to emulate them today and you can often hear their methods used in contemporary tracks now. 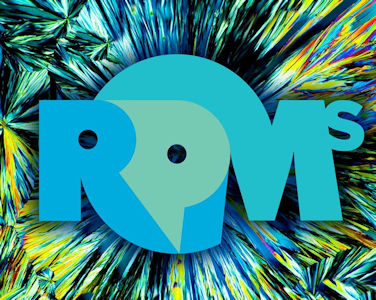