It’s surely been another great year for new music, and so as it draws to a close let’s reveal our Alternative Friday 2014 awards, which don’t just include the odd mainstream category, but, possibly bizarrely, also venture into neighbours from hell and weather related territory!! So who are the winners… 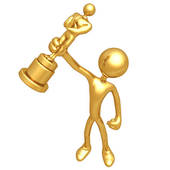 Best song about the, er, weather! (and best lyric): Akira the Don – Rain in England

And finally… the track I never tire of hearing: Lonely Tourist – Another Statistic